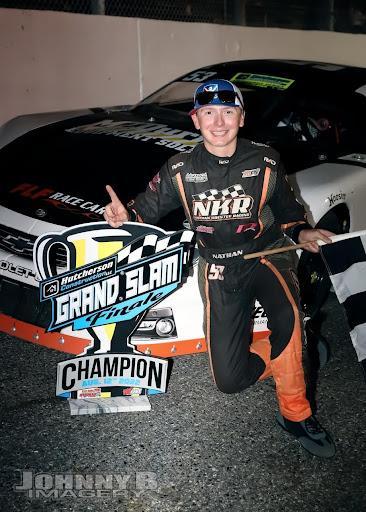 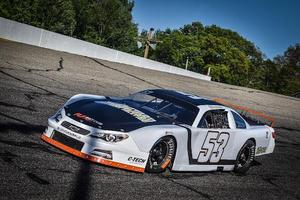 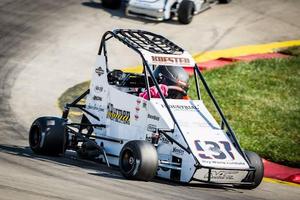 Thornapple Kellogg junior Nathan Koester has a need for speed - on the racetrack. He’s quickly gaining a lot of success and attention. Koester is the 2022 Rookie of the Year in the Template Late Model cars and finished a highly respectable fourth place in points overall in the 15-race season.

He started out racing quarter-midgets when he was 10 years old. This year, he jumped to the Template Late Model car and spent the summer racing mainly on the three-eighths oval of the Kalamazoo Speedway. With his full-size stock car’s 600 horsepower engine, he carries an average speed of 98 miles per hour racing drivers more than twice his age and with decades of experience.

In addition to this year’s honors, he’s won four championships and the sportsmanship of the year honor in the quarter-midget series. The accolades, honors and trophies are not what matter most to Koester. “The people I’ve met and getting to know them. The opportunity to travel with my family and race every weekend - that’s the best part. Winning and success is just the cherry on top. It’s a good time even if you lose,” he said.

Nathan, who is also a National Honor Society member in high school, shrugs off the attention he’s receiving from his success this year.  “I’m no different than anyone else in high school. Some kids play football. Some kids play soccer or are in the band. I drive race cars. Racing is just the game I choose to play.”

Racing has become a family hobby for the Koesters with his parents Vicki and Scott, both heavily involved. “He has a passion for the sport and it’s something he’s going to be able to do for a long time. Right now, he’s racing against 40- and 50-year-olds and he’s one of the younger kids out there,” said Scott.

He and Nathan spend two or three hours each night in the garage working on the race car, changing set ups for the coming week, and meticulously inspecting every part of the vehicle to make sure it’s in top shape for the next race.

“When you put the time in you get results. We go through everything on the car with a fine-toothed comb. We’re talking about things and learning what has worked and what hasn't worked. I’m by no means an engineer, but we just keep building a good learning notebook of what we’ve done and what works and what doesn’t,” said Scott, who is a purchasing agent for Autocam Medical.

Nathan’s mom, Vicki, said she enjoys seeing her husband and son working side-by-side.  “It’s a phenomenal father and son time and the bond they have created doing this together is wonderful.”

She travels to every race and is Nathan’s biggest fan and knows everything is about racing right now. Even on vacations, the family always finds a go kart track to try out. “I love it because I know how much he loves it and that makes me happy.”

Nathan always liked to watch racing and had been to his first NASCAR race when he was 6 years old. But it was the report a fellow classmate gave in elementary school about her own racing experiences that really fueled his interest to race. “I went home that day and told Dad that’s what I wanted to do,” he said.

He partially credits his success as a driver to being observant on and off the track, watching races and how drivers react in different situations, having patience, listening to advice and learning from others. Nathan said it’s just about staying calm. “You can’t get too frustrated too quickly. You have to be patient and let everything just flow,” he said.

His Dad calls him “Mr. Cool.” “He takes it on as this is his job and he’s good at it. Even when he wins, he doesn't really celebrate, he smiles, but nothing over the top.”

Nathan’s races have taken him to tracks across the country. The quarter-midget racing series sent the family mainly to tracks in Michigan, Ohio, and Indiana. He’s also raced in places like Georgia, North Carolina and even took his quarter midget car around the famed Indianapolis Motor Speedway. Nathan said he cherishes the time he gets to spend traveling with his family.

Nathan said of course he likes to cross the finish line first, but he said he’s fine as long as he continues to race. Someday he would like to race at Berlin Raceway against some of the best drivers. “I know I’m not ready for that yet,” he said, “but hopefully some day.”

He also hopes to turn his love of the sport into possibly a lifelong career. “It doesn’t necessarily mean being a NASCAR driver, but maybe a crew chief or something,” he said. Even if it isn’t a career, Nathan said it’s a hobby he hopes will continue for many more years.

“I’m extremely proud of him,” said Vicki. “He’s so determined and motivated and he has a good work ethic. That’s important no matter what he does.”