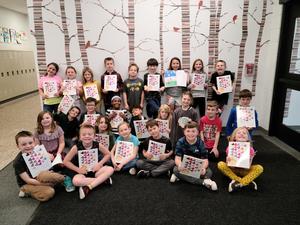 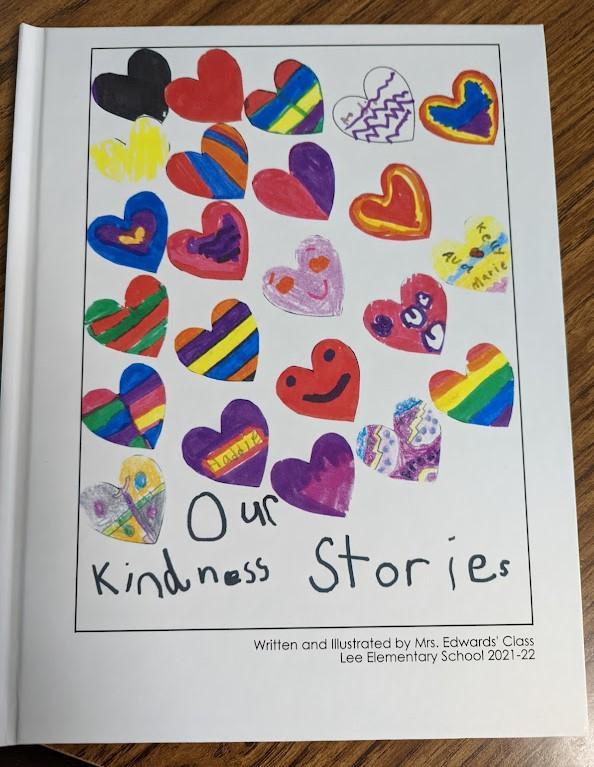 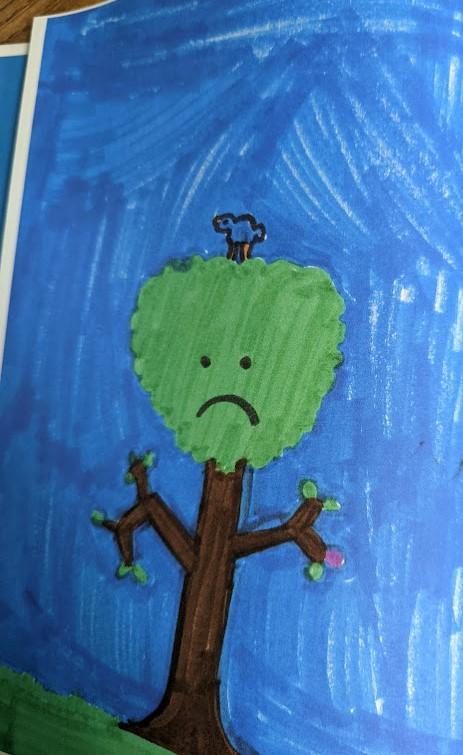 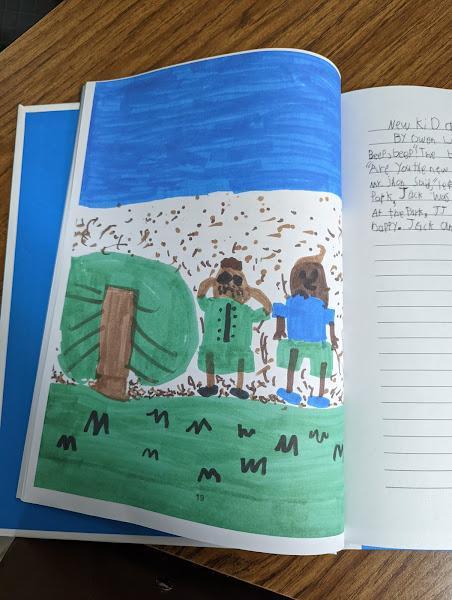 Landon Bowman used his imagination to write a story about a lonely tree named “Bob” who made friends with a bird named “Frank.” Ava Kelly used her own experience to write about a new girl in a neighborhood and a boy who helped introduce her to friends.

Their stories and the stories of their Lee Elementary second-grade classmates are compiled now in a book  called “Our Kindness Stories” published by Student Treasures. The book arrived in the classroom just this spring and has been an instant hit with all the students.

The book is a culmination of Catrina Edwards’ class project learning about kindness and ways everyone can be kind.  The book contains each story, in the child’s own handwriting, along with their colorful and meaningful illustration for their story .

Landon said instead of using people in his story he chose to write about a tree named “Bob” and a bird named “Frank.”  “When the bird came, it made Bob happy,” said Landon. “And now they aren’t lonely any more.”

In Landon’s illustration, one leaf on the tree is a different color. “I made it that way to show that when he (the tree) got happy, his leaf changed colors,” said Landon.

Edwards said the idea was to encourage students to write and then be able to see their work in a publication. “My class worked incredibly hard to write and illustrate stories on kindness,” she said.

Gabe Sutherland wrote a story about a lonely student at recess sitting on a buddy bench waiting and hoping for someone to play with them. Owen Langworthy’s story is about a new kid at the park who found new friends.

Gabe, Owen, and Landon said they all just made up their story. Ava said she’s been a new kid in the area and had to make friends. “Sometimes it’s not easy,” said Ava who added that she liked having the book and her own story in it.

Edwards said before writing, the class talked about leads, using adjectives and words that would describe their five senses. She said the story could be made up or real but it needed to have a theme of kindness.

“I think it’s really neat,” said Owen of the book. “And we can keep it forever!”