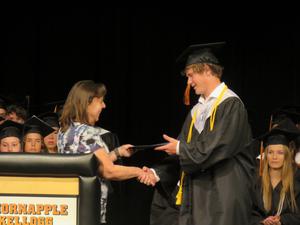 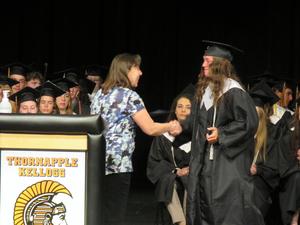 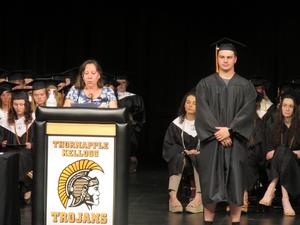 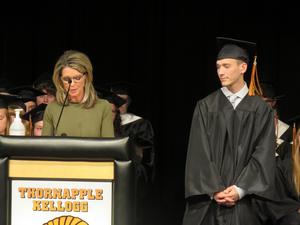 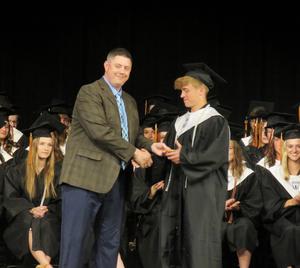 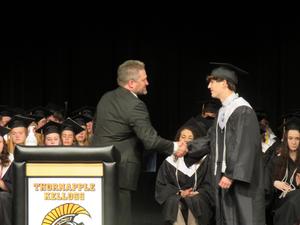 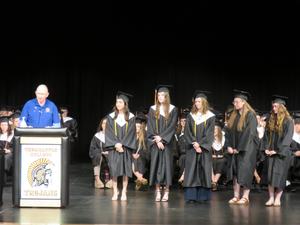 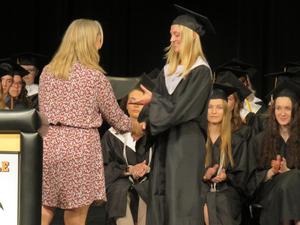 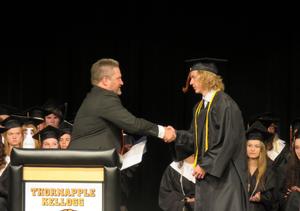 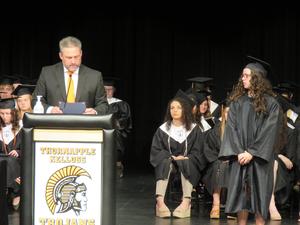 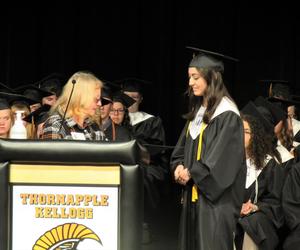 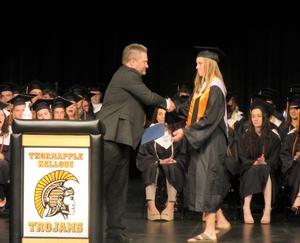 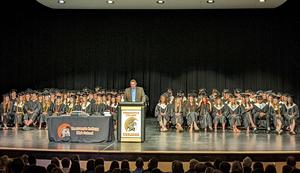 The awards included Matthew Middleton’s appointment to the U.S. Naval Academy, and more than $65,000 in awards through 45 scholarships from Thornapple Area Enrichment Foundation Craig Stolsonburg, President of TAEF, said the foundation began in 1992 with a one-time donation of $32,000. Now, 30 years later, the foundation oversees more than 40 different funds with total assets of approximately $2.5 million.

This award is given to one male and one female from the upper one-third (scholastically) of the senior class. The criteria considered when selecting these students are:

The Barry County University of Michigan Alumni Club each year presents these students with a dictionary.

This award is intended to bring public recognition to a senior student who has earned the respect of his or her school and the community.  The recipient is not always an active participant in every school function but someone who demonstrates that they can contribute without hurting others and that they can succeed by helping others to succeed.

The following was considered when nominating this student:  school citizenship, academic excellence, peer respect, community service, involvement in co-curricular activities, and who quietly contributes to make his or her school a better place and who otherwise might not be publicly recognized for their effort.

This award is intended to bring recognition to a senior student who has contributed extra time and effort to help out when and where needed. The recipient isn’t necessarily a straight A or B student, but someone who always seems to be there when needed. We have many of these students who spend a lot of time helping out and we felt that a special “Service Award” should be given to the individual selected.

Sgt. Zamora, Marine Corps representative for the area, presented the Marine Corps Scholastic Excellence Award. This award is intended to bring recognition to a senior student who demonstrates the qualities of an exemplary citizen, role model to younger students, traits of courage, poise, self confidence, and leadership.

Each year Thornapple Kellogg Schools recognizes the outstanding academic achievement of our top ten students. In recognition of their efforts, they will each receive a sash and a “top ten” plaque. Students are listed in alphabetical order. The top ten of the class of 2022 is:

TKHS Athletes of the Year