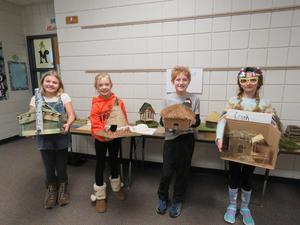 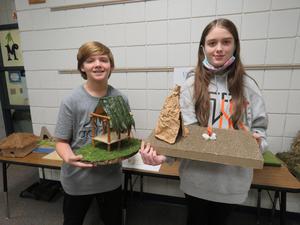 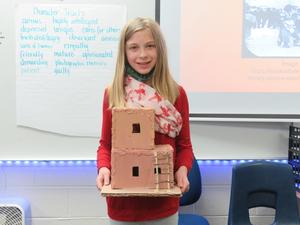 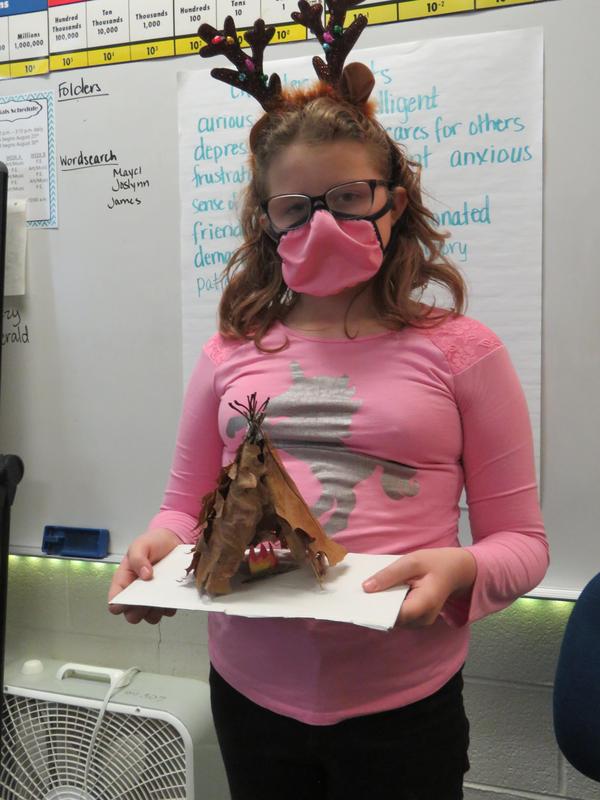 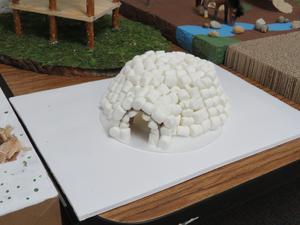 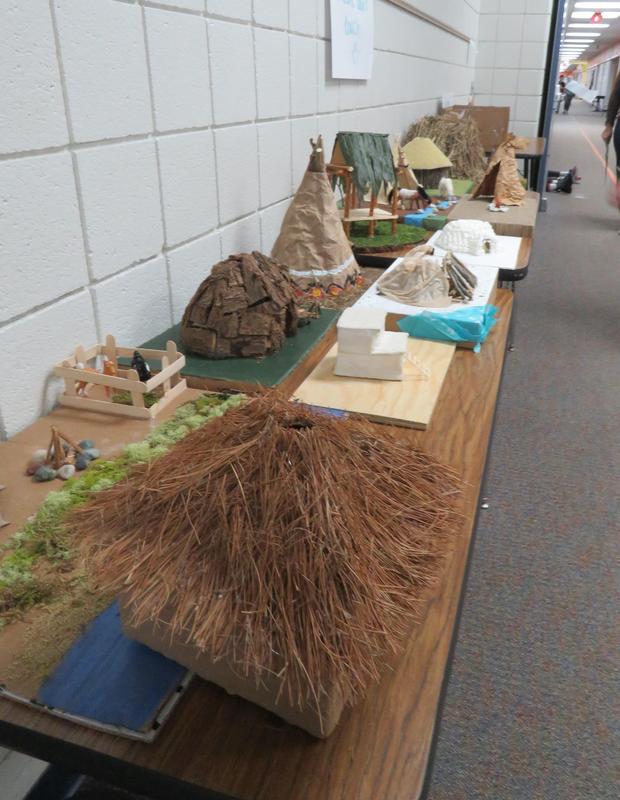 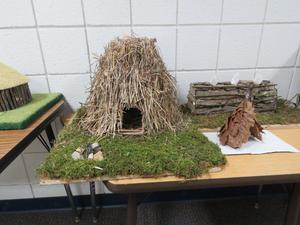 A history project gave Page fifth-graders a better understanding of some of the Native American tribes, how they lived, what they ate, their religion and beliefs, clothing, art and the different roles within the tribe.

Along the hallway outside of Teresa Michalski’s fifth-grade classroom, were tables filled with models of different types of Native American homes. There were teepees, raised open-sided huts, an igloo, and homes covered with grass.


“All the tribes were different in some ways,” said Mariah Livingston. “It was neat to hear about where they lived and how that affected their lives.”


Livingston studied the Pawnee tribe. “The most interesting thing was that when they hunted buffalo they would hunker down with wolf skins draped over their shoulders. The buffalo weren’t afraid of the wolves so they wouldn’t see the hunters.”


Each student in Teresa Michalski’s class selected a tribe for their report. They had to dig into research to find out about where the tribe lived mainly, how they hunted or what foods they ate, what their religion and beliefs were, and the societal roles of family members within the tribe. They each also had to construct a model of a traditional home of their tribe.


William Briggs said he heard of the Seminole tribe before so he was interested in finding out more. “I learned they used a type of poison to kill the fish and then the fish would float to the top of the water so they could gather them,” he said.


His model of their homes was an open-sided raised hut with a roof made of palms.  “They had to be off the ground because of the swampy areas they lived in,” he said.


Students said they enjoyed the multi-week project. “I liked learning about the different ways they lived,” said Livingston. She admitted the project took a lot of time but she said her hard work paid off and she was pleased with her final report.


Briggs said he liked learning about early American history. He said the hardest part of the assignment was giving the presentation in front of the class and answering his classmates’ questions.


Joslynn Feenstra gave her presentation on the Hopi tribe. She described their home as a pueblo with a flat room. “Most of the time all the relatives would live in the same home and they would just add another room for more people when they needed it,” she said.


Feenstra said another interesting thing she learned was that when a baby was born, the baby would not come outside for 19 days.  On the 20th day, she said, the grandmother would come and get the baby and hold the child up to the sun and name the child.

In addition to learning about Native Americans, the project gave students a chance to learn how to do research, prepare a presentation with multiple slides, photos and facts, speak in front of an audience, and use engineering and creativity skills to construct a model home.