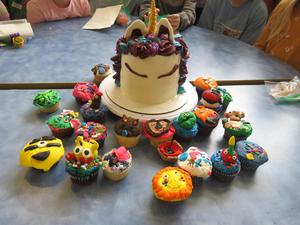 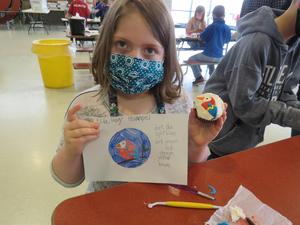 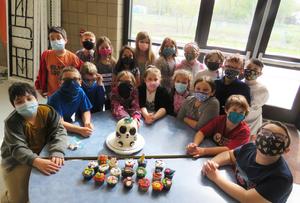 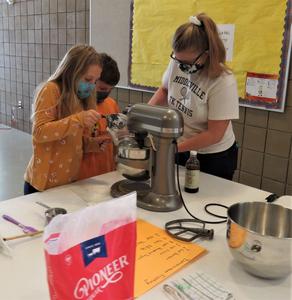 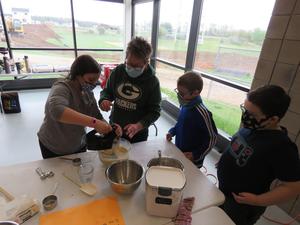 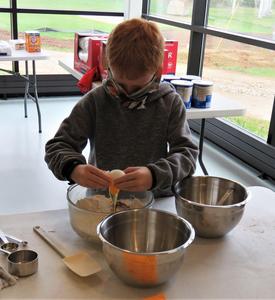 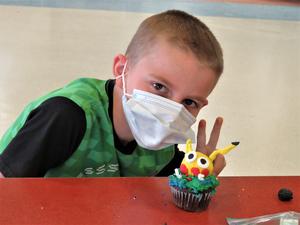 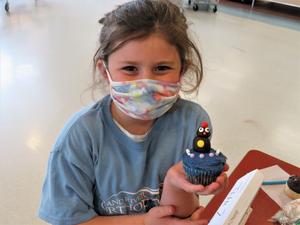 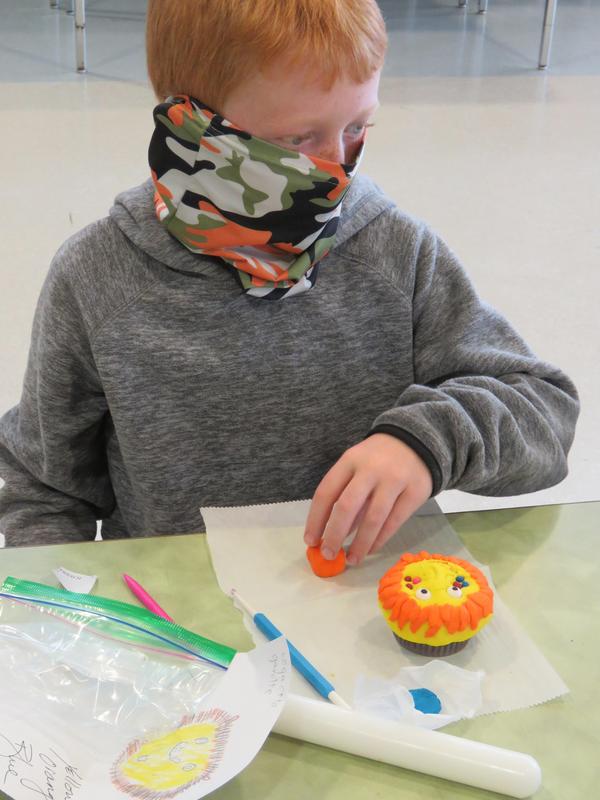 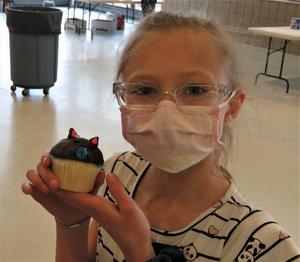 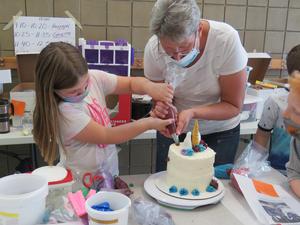 One cupcake was covered with yellow icing and orange fringed fondant that created a Lion’s mane. A colorful bird, a brown and tan monkey, and a unicorn with a bright golden horn were among other unique creations. Pokémon and Pikachu were favorite designs for some while cats with white whiskers and pandas with big eyes were made by others.

Bailey said the whole lesson is the ultimate STEAM lesson that includes science, technology, engineering, art and math. And best of all – it was a lesson they got to eat!

“I’m so glad we got to do this,” said Lee Elementary art teacher Kathy Bailey. “For a lot of kids, this is the first time they’ve really had a chance to do any baking or reading a recipe. I show them the difference between a tablespoon and a teaspoon and I help them understand why we need all the ingredients.”

First, students had to create a design on paper for their cupcake and provide a list of colors they needed for their decorations. Every design was original with no two cupcakes looking exactly alike.

After the designs were approved, Bailey and volunteers pre-packaged all the colored fondant and decorations needed for each individual cupcake. Students worked on their own decorations – rolling out fondant, molding it into the right design, and putting it all together on their cupcake.

That was the art part of the lesson, but there was much more to the expanded art session. Students also learned to read a recipe, measure ingredients and mix them all together for the cake and frosting. Then they helped decorate the class cake.

Students rotated from four different stations during the lesson. At one station they measured and mixed ingredients for the cakes. Another station gave them a chance to measure and mix ingredients for the frosting. The third station was to decorate individual cupcakes with the pre-packaged supplies. The final station was the class cake where they watched and practiced how to frost the cake and apply different types of frosting designs.

“The fondant looks like Play-Doh,” said Izyk Showers as you molded the fondant into just the right shape. “Making cupcakes is very fun!”

Logan Otto said he’s made brownies and cookies before, but he’s never decorated cupcakes quite like what he did in the art class.

“I like it a lot,” said Sophia Weeks judging her finished cupcake. “It looks so yummy!”

Ranelle Smith bakes and decorates cakes as a hobby.  She helped with the class cakes last year and was happy to be able to help again this year. Using a piping bag, she demonstrated how to make rosettes and other frosting designs on the cakes and gave students a chance to try it themselves. “It’s a lot of fun to watch these kids get so excited about it,” she said.

Kylee Vreeland, a TK Class of 2019 graduate who is going to school to become a teacher, was another volunteer. “I like working with the kids and seeing how excited they get making the cakes,” she said.

Jack and Denise Allen also helped supervise the different stations and make sure everything was kept clean and sanitized. While students helped mix the ingredients for the cakes, their own classroom cakes and cupcakes were baked earlier so they could begin decorating immediately.

The finished treats looked so good,  many students didn’t want to eat their creations – at least not until they took them home and got to show off their hard work.