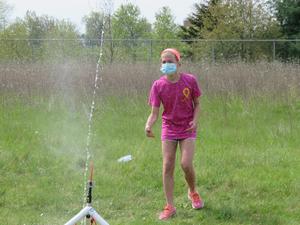 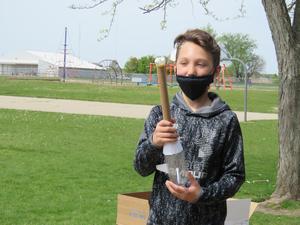 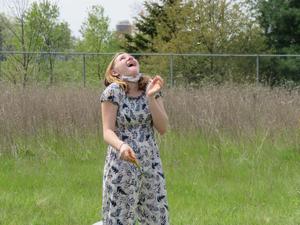 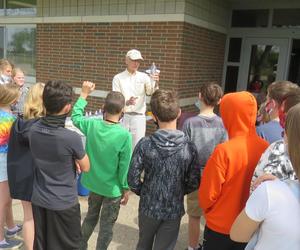 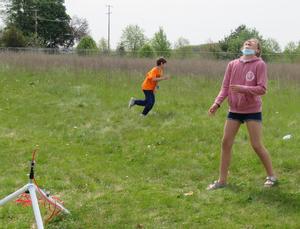 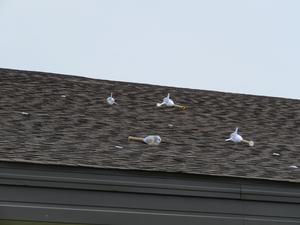 With squeals of excitement, Page fifth-graders covered their eyes looking up to the sky tracking the flight paths of their rockets. Some ran for cover as the rockets fell back to the ground – bouncing off the pavement, crashing down through the limbs of a tree or even landing on the roof of the school.

One-by-one,  students fitted their rocket on the launch pad while Bruce Medaugh and Darrick Gregory with Starbase pumped air into the rockets. After a countdown by the entire class, students gentled pulled a string to release the trigger on the rockets and send them hurling 150 to 175 feet in the air.

After the launches, Medaugh reminded students of exactly what happened.  “Does anyone know about Newton’s laws?” he asked.

He said the experiment demonstrated two of Newton’s laws. Newton’s first law: An object in motion will stay in motion and an object at rest will stay at rest unless acted upon by another force.  “The rocket was at rest on the launch pad. When it was launched it was in motion and stayed in motion until gravity took over and brought it back to the ground,” said Medaugh.