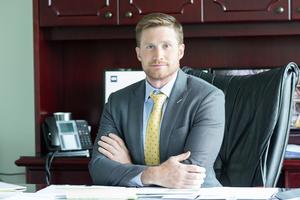 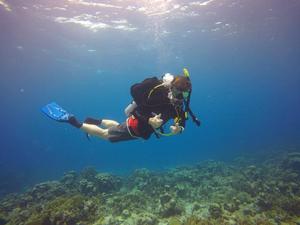 Benjamin Sevald, TK Class of 2002, views every role in his career since high school as a valuable learning experience. Even now, as the recently-named President of Mountain Companies in Kentucky, Sevald knows there will be many new lessons.

“It’s hugely important to learn every day. The days of people learning one skill set and being able to do a job for the rest of their life with that skill set are behind us. You have to keep adapting and be willing and excited to learn new things.”

“I was a regional vice president with CRH Americas for about two years before this promotion. I was just fortunate with the timing of it being available,” he said of his new position. “I want to get a great experience here and learn about the industry in the United States.  I know there’s a lot for me to learn here.”

Sevald admits he didn’t really have a “life plan” when he graduated high school. “I honestly didn’t have a career goal when I was in high school. I was very excited about going to West Point and I was open to a career in the military, but I wasn’t someone who was locked in to it,” he said.

After graduating from the U.S. Military Academy at West Point in 2006, he spent the next six and a half years serving his country. He served as a platoon leader in the 101st Airborne then was an instructor at the U.S. Ranger School in Florida.

“When I got out of the military I knew I liked leading a team, working on strategies and executing plans. I decided to go back to school for business.  So I got into the University of Michigan and got my MBA,” said Sevald.

Sevald gives credit to high school for helping develop valuable life skills. Being a member of the wrestling team was an especially good building block for him in teamwork, leadership, and sacrifice for a team. Those same principals were applied while he led troops in the U.S. Army and now leading teams in the business world.

His advice for high school students today:  “Be flexible and evaluate opportunities you have. Be willing to take a chance especially when you’re younger. Sometimes you have to realize that you make plans and those plans don’t always go the way you want them to. Be open to other possibilities.  A great value is just having a flexible mindset.”

He said it’s also important for students to realize they have value. “Just start finding ways to really have an impact in whatever job you’re doing. Do your job, get it done and stay humble about doing a good job, but also be comfortable tooting your own horn now and then so an organization recognizes your contributions.

Sevald said one of his favorite things to do is travel and learn more about different cultures. He’s already been to more than 40 different countries with Vietnam, India, Japan and Bulgaria remembered as some of his favorites. He’s also excited to eventually visit more areas of Africa like Kenya, South Africa and Botswana. Central Asia is another area he wants time to explore.

While he explores other cultures he also enjoys sampling their food.  “I love to cook. And I like to learn how to prepare authentic foods from different places, so I’ll often take cooking classes when I travel,” he said.

Super Power He Would Most Like to Have:  Time Travel

What He Misses Most about TK Community:  “Just what a close knit community it really is. Everyone knows everyone and the positive side to that is that people really care and support each other. People are always willing to help each other. It’s rare and it’s valuable.”