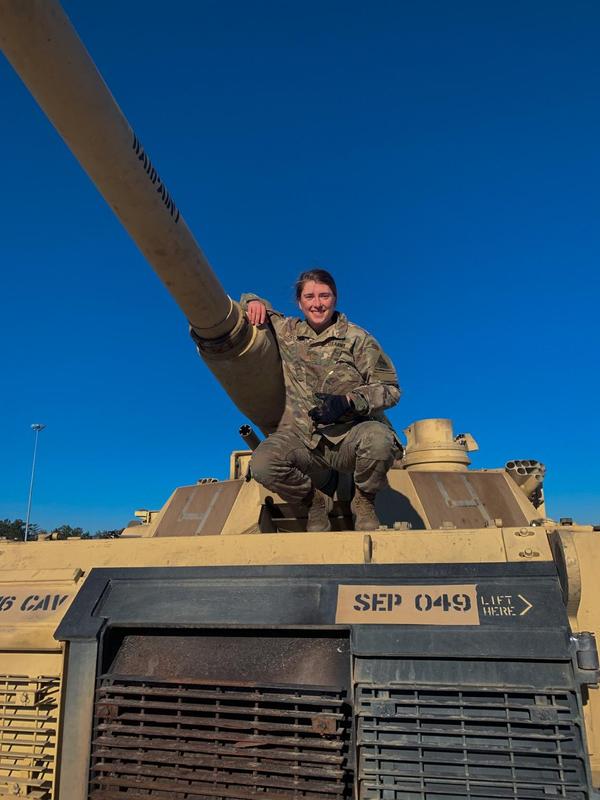 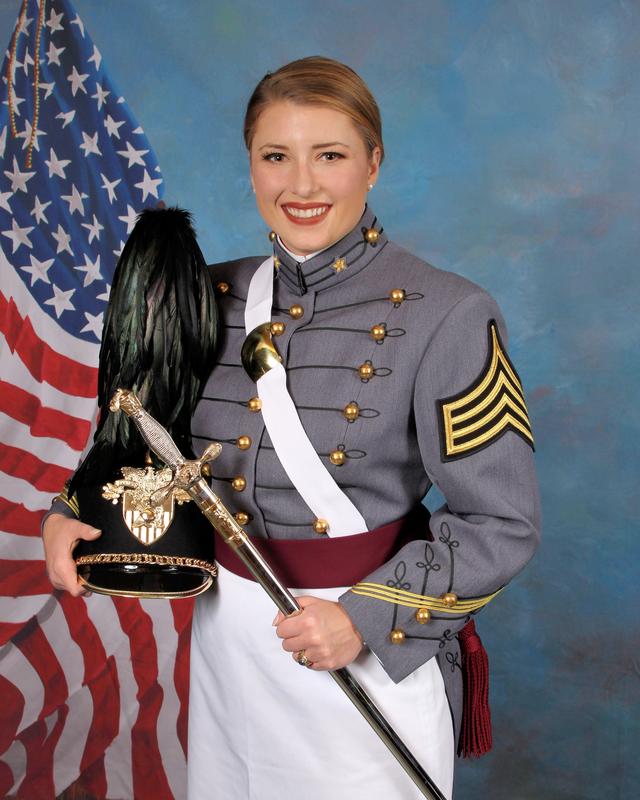 In Spring 2020, Amy Ziccarello joined an elite group of TKHS alumni to graduate from the prestigious United States Military Academy at West Point and her future holds many more new doors to be opened. “I’ve been very lucky to get to where I am today and I’m excited about where my career will take me,” she said in a phone interview while home for the holidays.

Ziccarello is a 2016 TK graduate and now a Second Lieutenant in the United States Army. She earned a bachelor's degree in mathematical sciences with honors and will now begin her required five years of active military service as an Armor Officer. From among the many fields open to her, Ziccarello chose to go into the Armor branch and become a tank commander.

“I’m very lucky to have this opportunity. This only opened to women after 2015 so I’ll be one of the first women in this role. It’s all about timing and opportunities and when this became available I knew it was something I wanted to do.”

As a tank commander, she will be in charge of four tanks and more than 40 people.  In a couple of years she could be promoted to the rank of Captain and become a company commander where she would be in charge of 16 tanks and nearly 200 soldiers. Ziccarello said she’s excited about her future, but recognizes there will also be challenges being a leader in a role traditionally held by men. She’s confident in her abilities and is excited to help open the door even more for women in the future.

Her active duty status duties will likely move her around the world for the next five years. Beyond that, she’ll still have an additional mandatory three years of reserve duty or continued active duty. Amy said right now she will  most likely make the military her career and serve at least 20 years.

It’s a life she’s somewhat accustomed to having both parents, Jess and Kelly retire from military careers. Both are also West Point alumni. Still, Amy said it wasn’t always her dream to join the military and follow in her parents’ footsteps. “My parents were great about letting me and my sister be independent and make our own choices. I didn’t really decide until I visited West Point and then I just knew it was the right place for me. I got recruited to play volleyball, but I didn’t play. I chose instead to focus on my academics.”

Her upbringing helped with the adjustments required for life as a cadet at West Point. “Freshman can’t be friends with upperclassmen. You can’t talk outside your campus room. The first year is very strict and it’s a steep learning curve. I think I was lucky to be able to adapt a little quicker.”

Academics, physical fitness, leadership and character are all part of the rigorous training and high standards set at West Point. Candidates to the prestigious academy are selected from all over the country with only about 10 percent of all applicants being accepted. All applicants must be nominated by a U.S. Senator or Congressman to earn an appointment to the nation’s oldest military academy.

Amy gives her years at TK credit for helping prepare her for the academy demands. She started attending TK Schools when she was 10 years old. Her academic skills quickly sharpened and by middle school she skipped two grades ahead in math and walked to the high school daily to take upper level courses. By the time she was in high school, she was taking many advanced placement and college math classes. She graduated from TK as one of the top 10 students in her class.

“Nearly everyone at West Point was among the top students in high school,” she said. “But it’s not just about being smart.  They also look for leadership.”

Amy again credited TK for helping her build leadership skills along with her physical fitness training. “One of the greatest things I got from TK was playing sports. Volleyball was my main sport and it gave me the ability to work out and be physically fit and also learn about teamwork. I became stronger physically and mentally and I served as a team captain two years. Sports taught me that you can’t succeed alone.”

As a member of Student Council, National Honor Society, and a class officer in high school, Amy found additional opportunities to strengthen leadership skills she continued at West Point. “I definitely stepped into leadership roles by tutoring others and I was our class secretary,” she said.

Since graduation, Amy has been training in Georgia and will move to Colorado for her first duty location. In the future, Amy said she’s open to seeing what opportunities arise – maybe a return to West Point as an instructor or working as a data analyst at the Pentagon.

Super Power She Would Most Like to Have:  “Super Strength – as a female in the military it is hard. Women are typically smaller and not as physically strong as males.”

Miss Most about Home:  “I love coming back and seeing the open fields and the farms. I like seeing the American flags flying everywhere and just being in a great community.”