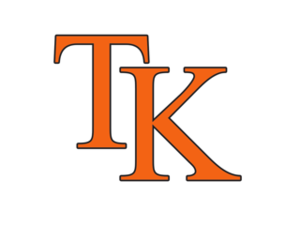 With the implementation of a complete virtual school experience, Thornapple Kellogg Schools hired several additional staff for the 2020-21 school year. We welcome all of them to TK. New hires include:

Nicole Sleeman – Nicole was hired as a kindergarten teacher filling a vacancy created by the resignation of Jacob Bultema. Nicole is no stranger to TK Schools. She was a long-term substitute teacher at TKMS teaching science in the spring of 2016 and worked as an English Interventionist at the high school in the spring of 2016. She was a TK Packers Leader in 2015 and the TK JV soccer coach in 2015. In addition, she served as a TASC girls soccer coach in 2013-14. Since 2016 she has been working as a Young 5’s teacher at Hopkins. Nicole earned her bachelor’s degree in elementary education at Cornerstone University and is currently finishing her master’s degree in early childhood education.

Jenna Buzalski – Jenna was hired as a first-grade teacher filling a vacancy created when first-grade teacher Meghan Collins moved to the TK Virtual School. Jenna served as a long-term substitute at East Grand Rapids in 2019 and 2020, and in Kenowa Hills in 2020. Jenna is a graduate of Central Michigan University.

Emily Gibson – Emily was hired as a first-grade teacher filling a vacancy when Karen Seifert moved to TKVS. Gibson is a Grand Valley State University graduate earning her bachelor of arts in elementary education in 2020. She previously worked as a summer camp coordinator at the MVP Athletic Club in Grand Rapids and as a JV Softball assistant coach at Forest Hills Eastern High School. Emily is a 2020 graduate of Grand Valley State University with a degree in elementary education.

Debra Rossi – Debra was hired as a fifth-grade teacher filling a vacancy created by Curt Wissink’s retirement. Debra previously worked as the lead teacher on school improvement and as an English teacher at Zeeland Schools; and as a teacher at St. John Vianney Catholic School in Wyoming from 2010-2019.  She served as dean of elementary division in Herlong Cathedral School in Detroit from 2002-2006 and was a reading/gifted teacher and technology liaison at Greenville Public Schools from 2000-2002. Debra earned her bachelor’s degree in elementary education from Edinboro University of Pennsylvania and her master’s degree in education/reading specialist from Northern University of Michigan.

Demi Schrader – Demi was hired as a fifth-grade teacher filling a vacancy created by Dayne Fletke’s move to teaching middle school science. Demi has worked in education since 2014 in the Niles area. She was a sixth-grade math and science teacher in 2019-20 and a fourth-grade teacher from 2014-2019. She has served as a varsity volleyball coach and varsity softball coach in Cassopolis from 2015 to 2020. Demi earned her bachelor’s degree in interdisciplinary studies – elementary education from Virginia Union University and her master’s degree in teaching from Marygrove College in Detroit.

Jackilyn Schneider – Jackilyn was hired as a fifth-grade teacher filling a vacancy created when Molly Formsma moved to teaching middle school English. Jackilyn taught fifth and sixth grades at Maple Valley Schools in 2019-20 and was a paraeducator at Page Elementary from 2014 to 2019. Jackilyn earned her bachelor’s degree in elementary education from Western Governors University of Salt Lake City, Utah. She is currently working on her master’s degree in curriculum and instruction at Western Governors University.

Jake Townsley – Jake was hired as a middle school English teacher. He fills a vacancy created when Jennifer Reifinger moved to TKVS. Jake taught language arts at Lassiter Middle School in Jefferson County Public Schools, Louisville, KY, from 2014 to 2020. He has been a counselor of the YMCA after-school program and a site manager and counselor of the YMCA playground program in Ohio. Jake earned his bachelor’s degree with a major in creative writing and literature from Miami University in Ohio. He also earned his master’s degree in education from the University of Louisville.

Emily  Worch – Emily was hired as a middle school resource room teacher filling a vacancy created by a leave of absence taken by Kristin Lockwood. Emily has most recently been employed as a student teacher at Dorr Elementary in 2020 and as a student teacher at Wayland Middle School in 2019. Emily earned her bachelor’s degree with a major in special education and a minor in elementary education at Grand Valley State University in 2020.

Chelsea Hall  - Chelsea was hired as a middle school/high school resource room teacher filling a vacancy created by the resignation of  Lance Laker. Chelsea worked as a resource teacher at Ottawa Hills High School since 2018. She also served as a substitute teacher in 2017 at Lake Orion High School. Chelsea earned her bachelor’s degree in education from Central Michigan University.

Holly Savage – Holly was hired as a TKVS teacher. Holly served as a curriculum and instruction specialist since May 2019 at National Heritage Academies. She is also no stranger to TK having worked as a math interventionist at the middle school since December 2019.  She also completed her student teaching at TKMS in 2019. She had been a teacher assistant at Forest Hills Central High School and a substitute teacher at National Heritage Academies. Holly is a graduate of Grand Valley State University with her major in secondary education.

Philippe Sylvestre – Philippe was hired as a TKVS teacher. Philippe is also a familiar face at TK. He started working as an interventionist in October 2019. He has also been involved in coaching boys and girls varsity tennis since 2013. . Philippe earned degrees in business administration and has a master’s degree in business administration. He earned his mathematics education and physical education teaching requirements from Grand Valley State University.

Amanda Kozlowski – Amanda was hired as a TKVS teacher. Amanda has worked in Caledonia Community Schools serving in various capacities including being a benefits coordinator since July 2017, homeless liaison from 2013-2019, accounts payable and receivable clerk from 2013-2017 and receptionist/administration secretary from 2010-2013. She has also worked as an executive administrative assistant from 2009-2011 for Never the Same. Amanda has a bachelor’s degree from Michigan State University in agriculture and natural resources and has completed accounting courses at Indiana Wesleyan University and Grand Rapids Community College. She completed her graduate teaching certificate at Grand Valley State University.

Carmen Skiba – Carmen was hired as a TKVS teacher. Carmen served as a middle school math intervention specialist at Michigan Virtual Charter Academy since 2015. She taught fifth grade at Immaculate Heart of Mary for the 2014-15 year; and was a sixth-grade math honors and pre-algebra teacher at Charleston County School of the Arts from 2010 to 2014. Carmen earned her bachelor’s degree in elementary education from Baker College in Muskegon and a second degree in business administration from Siena Heights University in Adrian. She is currently working on her master’s degree  in educational leadership from Central Michigan University.

Layn Welker - Layne was hired as a TKVS teacher. Layn most recently worked at Eaton Rapids Public Schools teaching industrial technology classes from 2018-2020. He also worked for West Michigan Works as a career coach for youth programs in Ionia and Montcalm counties; and was a career and technical education specialist with the sustainable agriscience program at the Kent Intermediate School District. Layn earned his bachelor’s degree from Western Michigan University with his major in university studies concentration in career and technical education/workforce development, family and consumer sciences and engineering. He is also a familiar face in the community being involved in coaching in the TK High School football program and serving as a Freeport firefighter and medical first responder for 10 years.