Going Above and Beyond for Students: Librarian and HS Teacher/Coach Honored 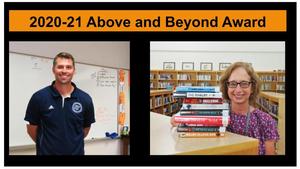 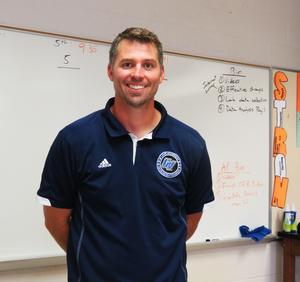 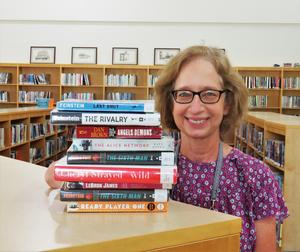 The Thornapple Kellogg Education Association annually presents two members with the Shelley Erb Above and Beyond Award for their dedication to students beyond the classroom and their normal duties.

Traditionally, the awards are presented as part of the back-to-school gathering for all staff, but since that wasn’t possible this year, TKEA Vice President Bob Kaminski sent out a video award presentation instead.  The Above and Beyond Award is named after Shelley Erb, a retired TK elementary teacher. It is given to honor someone in the district who does more than what's expected to help students.

Hubers has been the TKHS and Community Librarian since 2007.  She was nominated for the award by high school English teacher Tricia Rickert who called her a “librarian extraordinaire.”

“Barb Hubers is my hero,” said Rickert. At one time, Rickert said she was asked to write down the name of someone who embodies TK and Barb was at the top of her list.  Rickert said Hubers has played an active role in improving literacy for students and helps students individually find books that fit their interests.

In addition, she said Hubers can often be seen talking with students. “She has created and maintained a safe place for students,” said Rickert.

Hubers said she never thought she would receive this honor. “I feel like the library is a group effort of the entire school. We all work together,”  she said.

High school science teacher Alex Robinson nominated Jeff Dock for the award saying he has done a great job in the classroom with students and is a phenomenal coach encouraging and helping his players. But he said it’s the extra effort by Dock to make connections with all students that impresses him most. While other teachers gather in the hallways between classes to talk, Robinson said Dock takes a different approach.

“It’s actually really hard for other teachers to talk to him in the hallways and that’s because he’s always looking for students to make a connection with. He’s always reaching out to them and making a positive connection.”

Dock started teaching at TK in the 2007-08 school year and became the varsity football coach in 2017.  “I’m just in awe,” said Dock about the award. “I’m very grateful and thankful. It’s very nice to be recognized.”